When they first met at Mayfield Secondary School, Ariana and Jordan were fifteen and became friends. Ariana attended as a Regional Arts Dancer from grade 9, and Jordan transferred from Heartlake Secondary School a year later. In grade 10 science class, when they were both 16, Jordan confessed his love to Ariana, and they’ve been inseparable ever since. They were close friends, so they worked out as a couple through all these years.

Initially, they were supposed to get married in their church in front of 250 families and friends. Covid had other plans, and they decided to pursue a civil ceremony in front of their nearest and dearest. Although things didn’t work out the way they originally intended, they worked out the way they needed to, and they couldn’t have envisioned a perfect way to represent them as a couple and officiate their love. It doesn’t matter the location, as much as it matters who’s there alongside you. Everyone who witnessed their ceremony was with them from day one, and they couldn’t have asked for anything better.

The bride wanted everything to be just right when it came to photography, florals, and décor. The planners helped her design their wedding capturing the overall concept and décor, alongside Creations by Gitta and the whole team that brought the floral vision to life. “The entire design, execution, and credit belong to Be Our Guest Events and Creations by Gitta because I don’t have an eye or vision, but both my planners and florists knew exactly what I wanted and how I wanted it! They nailed it!” said Ariana. 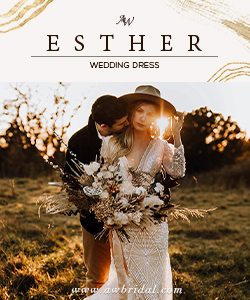